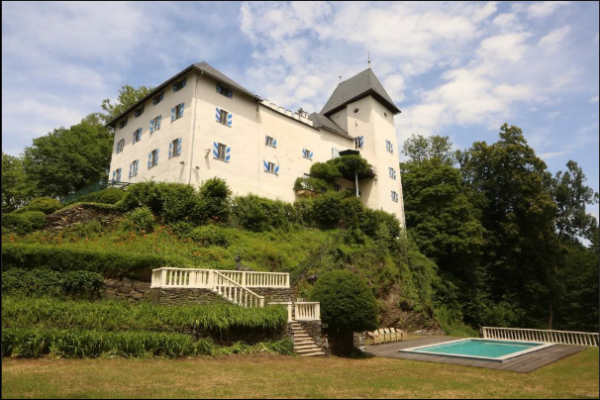 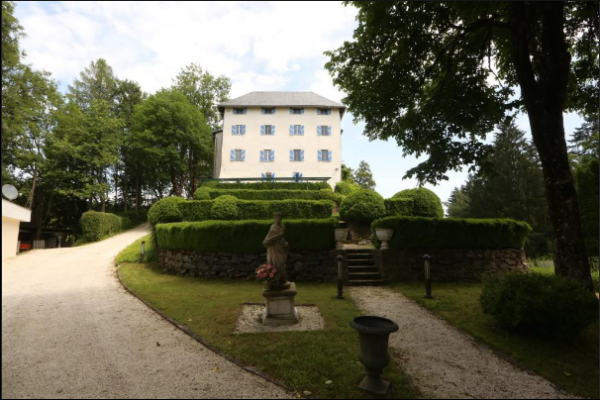 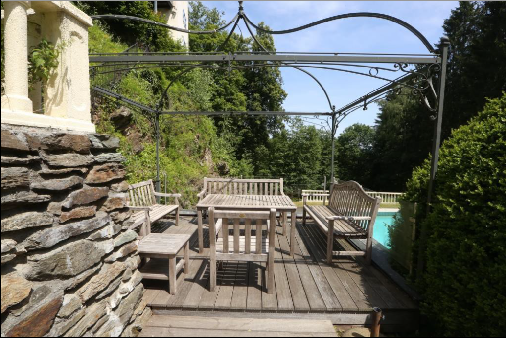 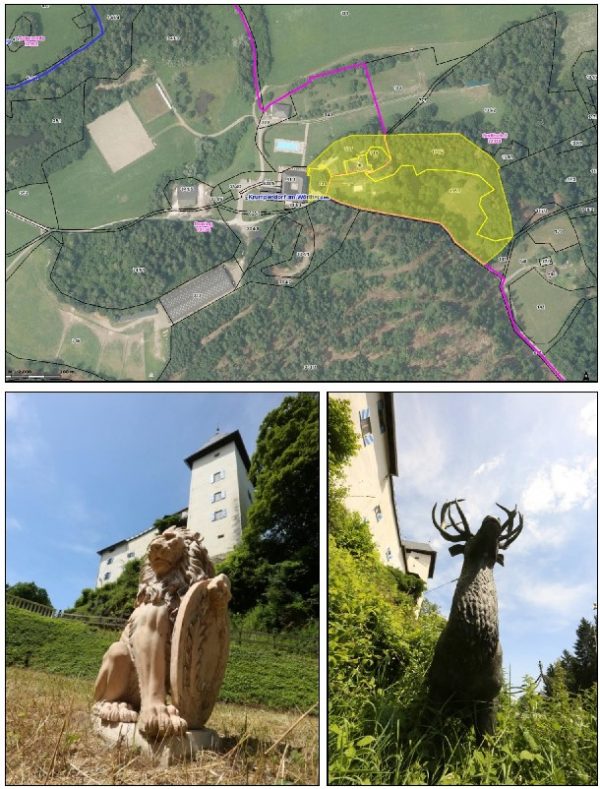 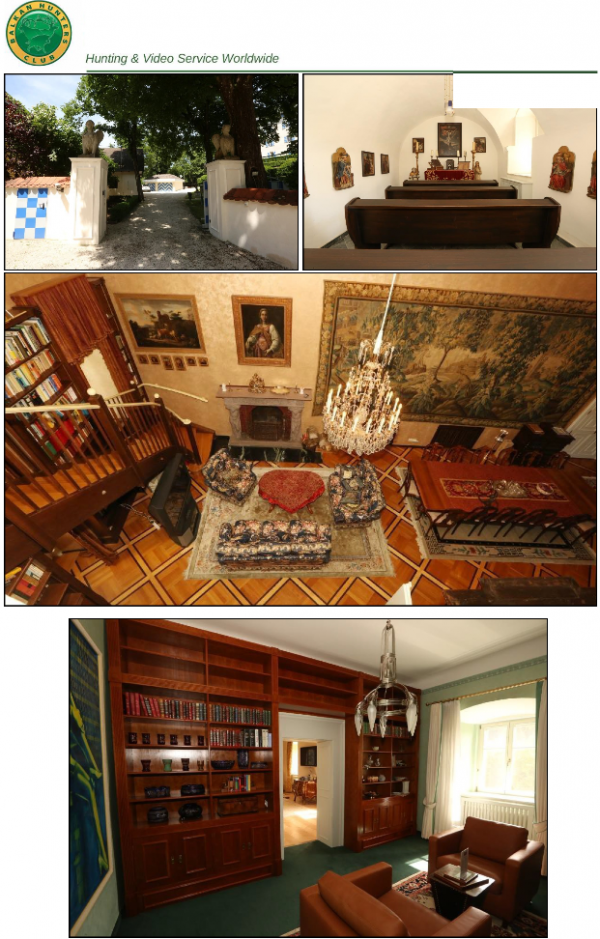 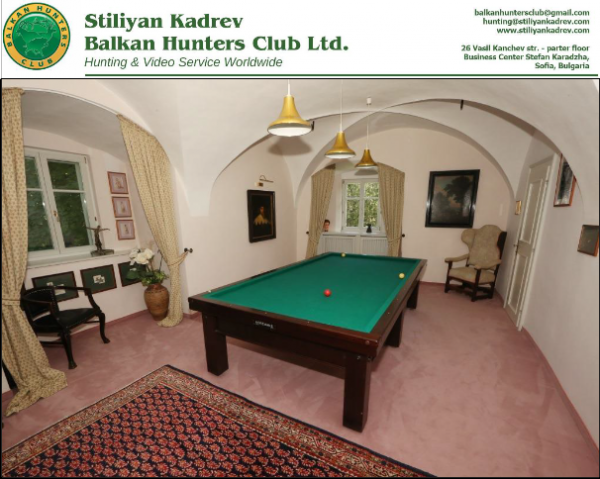 GENEROUS VILLA FOR SALE IN VELDEN AM WÖRTHERSEE – AUSTRIA

LUXURY ЕSТАТЕ FOR SALE IN AUSTRIA
There are no reviews yet.

PURCHASE PRICE and associated costs
The castle is being sold “as is”, together with all the current inventory, garden equipment, tractors etc.

Purchase agreement charge according to the tariff applied by the drafter of the contract
All details (especially areas, year of construction, condition, income, inventory etc.) are without guarantee and are based exclusively on information provided to us by our client. We assume no guarantee that these details are complete, correct and up to date. Details subject to change, errors and prior sale. The transmission and duplication of these sales particulars to third parties without our consent might result in claims to real estate agent’s commission or compensation. Otherwise our General Terms and Conditions of Business for Real Estate Agents apply.

For more details and information, please do not hesitate to contact us:

A property of style and in a magnificent location to offer you a view of Lake Wörthersee. Artistically renovated in a unique style, this property is sure to win you over.

The Renaissance castle originally dates from the pre-Carolingian period, was first documented in the 13th (1284) and 14th century (1362), and in the Middle Ages was a fortified castle. The building’s origins probably go back to the 9th century. In the 16th century the house was converted into a Renaissance building and extended, presumably by the same architects who came from Sienna to the Corinthian region and converted various other castles here. Around the magnificent inner courtyard (with fantastic acoustics) is entwined a multi-storey Renaissance building with colonnades and tall rooms. What makes the property particularly appealing is the fact that it offers a great deal of space, but due to the layout of the rooms does not appear oversized, and has a protected structure. The two large north and south wings (in the north wing the representation rooms, in the south wing the sleeping area) form a square together with the connecting wings which house the staff rooms, bathrooms and utility areas. There is also the massive tower, which was added in the years 1842/43.

History of the owners and historical overview

In 1284 a Hainricus de Drasinke was mentioned as a witness in a document of the Pfannberg dynasty. In 1379 the castle passed into the hands of the Färber family, whose members at that time were servants at Gurk Abbey. In 1492 Emperor Friedrich III, to whom the castle had reverted, gave it to Sebald Feulner, a vassal of the Counts of Görz. Around 1630 the Feulner family had to leave Carinthia, but beforehand they sold their residence to Johann Christof Deutenhofer. Due to her high debts, in 1730 Maria Eleonora Freiin von Deutenhofer was forced to sell the castle to Matthias Karl Freiherr von Rechbach. In 1777 it was acquired by Josef von Reindlingen, who after the death of his wife in 1797 left it to his steward, Josef Edler von Hueber. In the 19th and 20th centuries there were very frequent changes of owner, including Maria Genoveva von Strohlendorf (1810), Thomas Ritter von Moro (1840) and latterly the present-day castle owner. In 1842, Thaddäus Lanner had the already greatly deteriorated castle restored, and at the same time the castle tower was added on. In 1906 renovation measures were once again urgently necessary. Further extensive renovation work was undertaken in 1973 (roof covering in French slate).

The castle has been extensively renovated by the present owners taking account of the existing structure. Experts from the Federal Monuments Office were brought in from 1994, and in the first two years the building was completely scaffolded, with the tower requiring the installation of a dedicated substructure over the 12 metre deep chasm before the actual scaffolding could be placed over this. Demolition works, under the guidance of Reinhard Schneider, took two years to remove the old cement render, which could in no way claim to resemble historical plasterwork. Dozens of workers were employed on removing the structural blunders of the past, and this was followed by the task of applying a new render. Layer by layer the plasterwork concealed beneath the concrete was removed, with careful searches for sgraffiti or paintings, but unfortunately these were only discovered in the 19th century. So the restorers penetrated to the innermost layer of render, where they found the original colour: a limewash that most closely resembled the colour of chamois. In the third and fourth years of the renovation, with the assistance of the team under Walter Campidell a Gothic-style render was applied, such as is often found on Carinthian castles and churches, and the Gothic rendering trowel was also recreated. Once this work was completed, the entire castle was uniformly painted with a limewash that was specially mixed by Walter Campidell’s team.
The secret of Renaissance buildings is the interplay between light and shadow, and this spectacle is only now evident in the striking Renaissance-style colours. The castle owner was moved to tears when for the first time after the new original colours were applied, the sunset brought the light and shadows of the house to life. This was how the architects, and in their day the castle owners, had wanted and planned it.

Perfection down to the last detail.

This was followed by 17 years’ work on the interior, involving over 140 companies, mostly from this region. All the doors and windows were replaced, and a special bar system, operated from the inside by means of a lever, was attached to all the external windows. The floors were retained in the places where they could be renovated. In the colonnades in particular, it was possible to rescue the historical, centuries-old red floor tiles. All the doors and door leaves were replaced, although where the door frames and door leaves could be preserved they were overhauled and renovated.
The Baroque locks were cleaned, renovated, and made smooth-running and lockable again. Marble was used in all the bathrooms. In the ceremonial hall, oak and wenge were used to lay a new floor of the finest inlaid parquet. All the rooms were newly plastered, the ceilings refurbished, the beams were replaced and the damaged wooden beams replaced by steel, and high-quality fitted furniture, such as four libraries, was commissioned and installed. Today visitors glide through different eras, and can see how the house developed over time from the Renaissance through the Baroque, Jugendstil and Art Deco, to the present day.

When the castle was purchased, the gardens were entirely overgrown; they have now been added to and extended with hundreds of metres of box plants, including 14 large box globes that were already over 50 years old. Consequently today the 2.3 hectares of gardens feature gravel paths, multicoloured gravel structures modelled on those at La Hulpe castle in Belgium, and all kinds of box sculptures. The well-tended image of the Baroque grounds is rounded off with a 15-metre-high artificial waterfall along with concealed fountains in the style of Hellbrunn Palace in Salzburg, wells, gazebos etc. The castle pond has also been completely revamped and lined, while the pond bank has been permanently secured using clay. The discovery of three sources enable the pond to be converted to a lake, whose level has been made adjustable thanks to its natural irrigation and a regulatable outflow. A Japanese bridge connects a small island in the middle of the lake with the gardens.
Centuries-old trees are the pride of the castle owner. A 900-year-old oak crowns the 1.5-hectare wood. The external area contains an enticing 9 x 5 metre pool with a generously-sized grassy area that is planted with fine trees. A quaint changing area (together with a pool kitchen), cut directly out of the mountain, provides a classy bathing atmosphere.
Directly above the pool area there is a gazebo with barbecue site for 12 people, which is protected by a pagoda roof. The castle obtains water from two wells belonging to the castle; this is conducted underground across the entire site by means of modern plastic pipes. If the water requirement increases, the supply can be switched from one well to the other.
The garden is adorned with valuable bronze and stone sculptures, including an outsize bronze horse from a Bavarian castle, figural gazebos in pink marble, Baroque pink marble lions, winged figures above the elegant entrance gate, and stone and marble sculptures with a wide variety of provenance. Baroque marble has been lavishly laid in the large inner courtyard, which offers space for around 150 guests. The inner courtyard can be made completely rainproof by means of an existing pavilion roof with a central drainage outlet, making it perfect for parties.

PURCHASE PRICE and associated costs
The castle is being sold “as is”, together with all the current inventory, garden equipment, tractors etc.

Purchase agreement charge according to the tariff applied by the drafter of the contract
All details (especially areas, year of construction, condition, income, inventory etc.) are without guarantee and are based exclusively on information provided to us by our client. We assume no guarantee that these details are complete, correct and up to date. Details subject to change, errors and prior sale. The transmission and duplication of these sales particulars to third parties without our consent might result in claims to real estate agent’s commission or compensation. Otherwise our General Terms and Conditions of Business for Real Estate Agents apply.

For more details and information, please do not hesitate to contact us: